Pediatric trauma surgeon says the most common victims are babies and toddlers.

Dogs are members of the family, which means they’re often invited to family cookouts, parties and other social gatherings. Despite all those Instagram photos of dogs donning human clothing, health and child safety experts remind the public that dogs are, in fact, animals, and even the friendliest Fido can bite.

When bark isn’t worse than bite

“There’s more exposure between kids and dogs during those times of the year,” said Cynthia Dennis, RN, injury prevention and Safe Kids Northeast Florida coordinator at THE PLAYERS Center for Child Health at Wolfson Children’s Hospital. “During the holidays and the summer, kids are out of school. When the weather’s nicer, kids and dogs are outside together.”

‘There was blood everywhere’

After nearly a year, only a scar remains under Copal Lipnosky’s right eye. 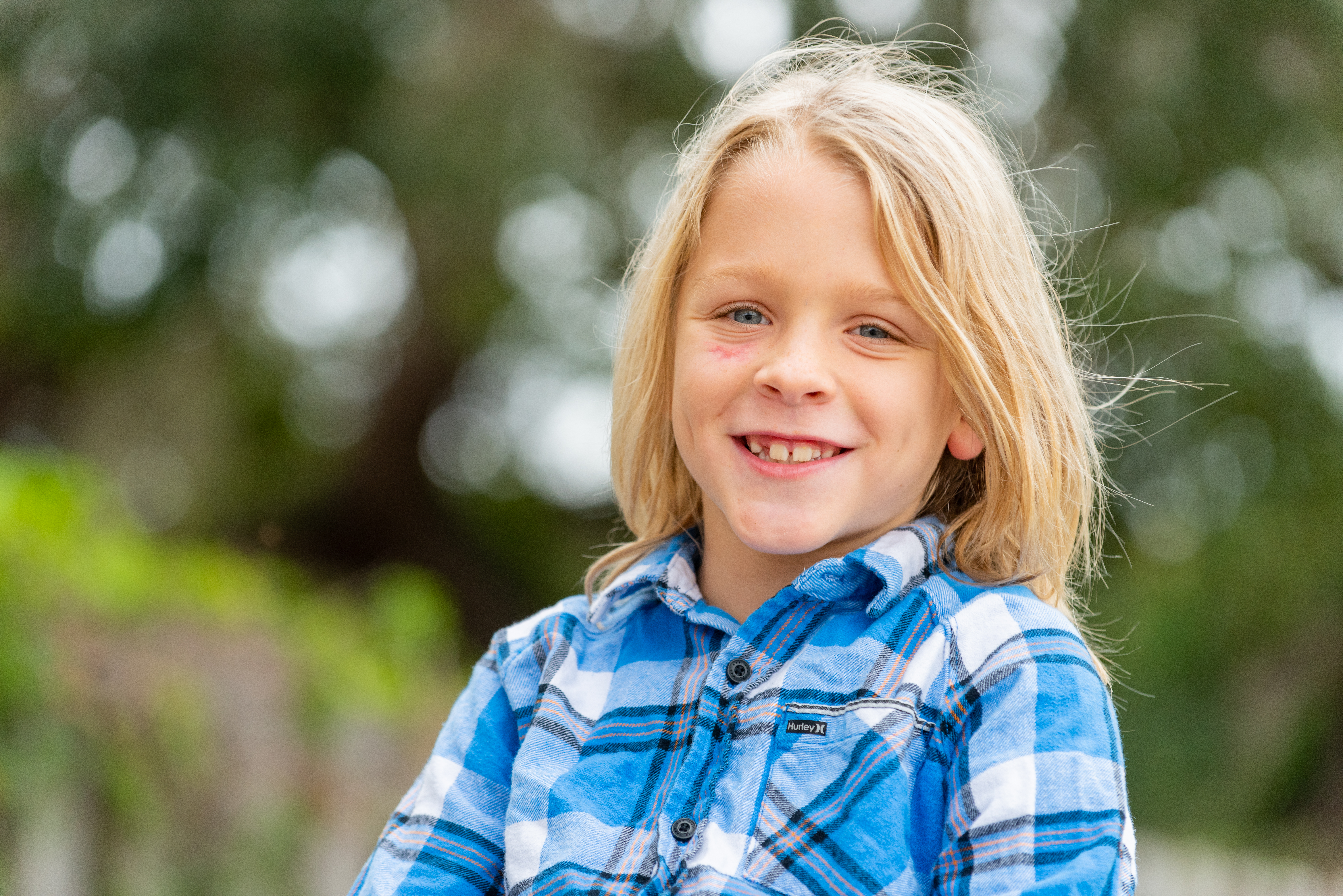 Copal and his mother, Sarah Peters, had spent that August afternoon at the beach in St. Augustine. While Peters started to prepare a barbecue, Copal went to help care for a neighbor’s dog. When he put his head inside the dog’s kennel to retrieve the water bowl, the dog bit his face.

“He had a big gash on his face and blood everywhere,” Peters said. “I was terrified. It was so scary to see. But the weird part was he wasn’t crying, he was in shock and he didn’t understand. I don’t even think he felt it.”

While Peters initially took Copal to a local hospital, she made the decision to bring him to Wolfson Children’s Hospital, the region’s only state-designated Pediatric Trauma Center. There, a team of pediatric emergency medicine specialists with Emergency Resources Group and pediatric maxillofacial surgeons with the UF College of Medicine – Jacksonville, rushed to repair the damage on Copal’s face.

“A great day can turn into a medical emergency so fast,” Peters said.

Nick Poulos, MD, medical director of the Wolfson Children’s Pediatric Trauma Center and a pediatric surgeon for Nemours Children’s Specialty Care, said all children are vulnerable to dog bites, but the most common ages of victims are between infancy and 2 or 3 years old.

Because toddlers are usually around the same height as a dog’s face, he typically sees injuries to the face and neck areas.

“Dogs are animals. Even though they’re the family dog and you love them, when an adult leaves the room the dog is in charge,” Dr. Poulos said. “You wouldn’t leave a loaded gun in the room with your toddler; the same should be said about leaving your child alone with your dog.”

Safe Kids Northeast Florida, led by THE PLAYERS Center for Child Health, is dedicated to child injury prevention and offer a range of programs to keep your kids injury-free. To learn more call 904.202.4302.