There are few things more frustrating than working on a puzzle, only to realize the final piece is missing. Despite all the hard work, the puzzle is incomplete. That’s how Mike and Kim Spurlock felt before the birth of their fourth son, Gage.

Kim was just 20 weeks pregnant with Gage when a sonogram showed something was wrong. A few weeks later, Gage’s bones were already breaking and an amniocentesis revealed the diagnosis: osteogenesis imperfecta, also known as “brittle bone disease.”

“It was probably one of the worst days of my life,” said Mike Spurlock. “Something I wouldn’t wish on any other family.”

The Spurlocks were initially told Gage would likely not survive childbirth. His bones were so brittle, doctors feared his rib cage would break and Gage’s lungs would collapse. When the day arrived, Kim gave birth at Baptist Medical Center Jacksonville, adjacent to Wolfson Children’s Hospital of Jacksonville, surrounded by a team waiting to rush in and care for Gage.

“We’re standing outside the delivery room waiting and expecting the worst,” said Mike.

Gage arrived and started crying immediately, something Mike and Kim knew through their research to be a good sign.

“Once Gage was born, all of the negative thoughts just automatically, instantly went away,” said Mike.

Gage spent most of his early life in and out of Wolfson Children’s, being treated for pneumonia and receiving infusions of medicine to strengthen his bones every other month. Over the years, Gage’s health improved. He is now 9 years old and only has to return for infusions twice a year.

Now, Gage is a typical third grader who tries not to let his condition keep him down. He loves the TV show, Fixer Upper, playing video games and aspires to be a YouTube star someday. The small community of Baker County, Florida, has rallied around Gage, even electing him honorary sheriff. 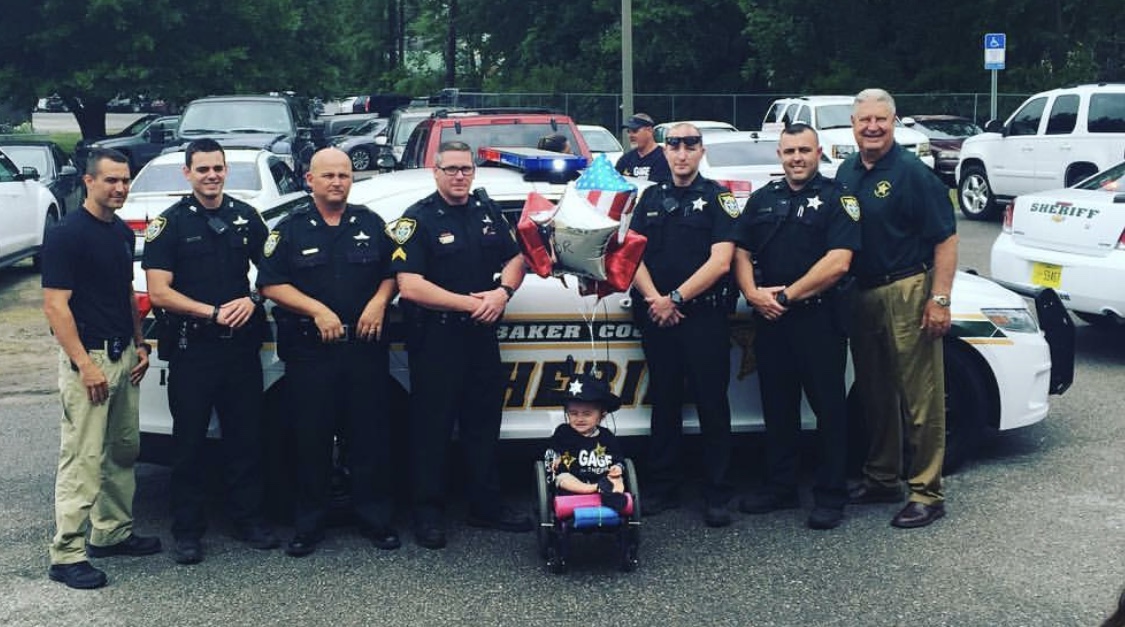 “He’s always been known to us as a miracle, and that’s what we look at him as,” Mike said.

“He’s that piece of the puzzle that was missing, so now our family and our puzzle is complete,” Mike said.

What are growing pains?