Marley Banton was only 13 when she cracked the starting lineup on her high school volleyball team. At season’s end, the versatile freshman had led the squad in several statistical categories and was selected to the all-county and all-conference teams.

Marley’s success came as no surprise to anyone who knows her. The St. Augustine native has been playing the high-impact sport, both indoors and outdoors, since she was 8 years old.

The big shocker: She had played her entire freshman year with a brain tumor.

“I would wake up in the morning and couldn’t sit up in bed without my head throbbing,” recalled Marley in 2017. “Every time I went to serve or dive for a ball, I couldn’t find my balance right away.”

Little did she know, but a pilocytic astrocytoma, a juvenile tumor that more commonly affects children under 14, had formed in her cerebellum and was causing her blackouts and balance issues. The first time she noticed something was wrong was when her handwriting started to get sloppy.

Marley’s mother, a former college volleyball player, initially thought her oldest daughter might simply be dehydrated. “She has a very high pain tolerance, but when she started to get progressively worse, I told her pediatrician, ‘I think we have a problem here,’” recalled Amy Banton, a middle school teacher.

Raj Sheth, MD, a pediatric neurologist at Nemours Children’s Specialty Care, Jacksonville who examined Marley noticed that the usually agile athlete didn’t have much control over her right side. He ordered an MRI for her at Wolfson Children’s Hospital.

Marley’s father knew something was wrong when he was summoned from the MRI waiting room. “I knew we were in trouble then,” said Ted Banton, an assistant principal.

Marley was wheeled to the ER where a physician told her she had a brain tumor and would have to be admitted to the hospital for surgery. 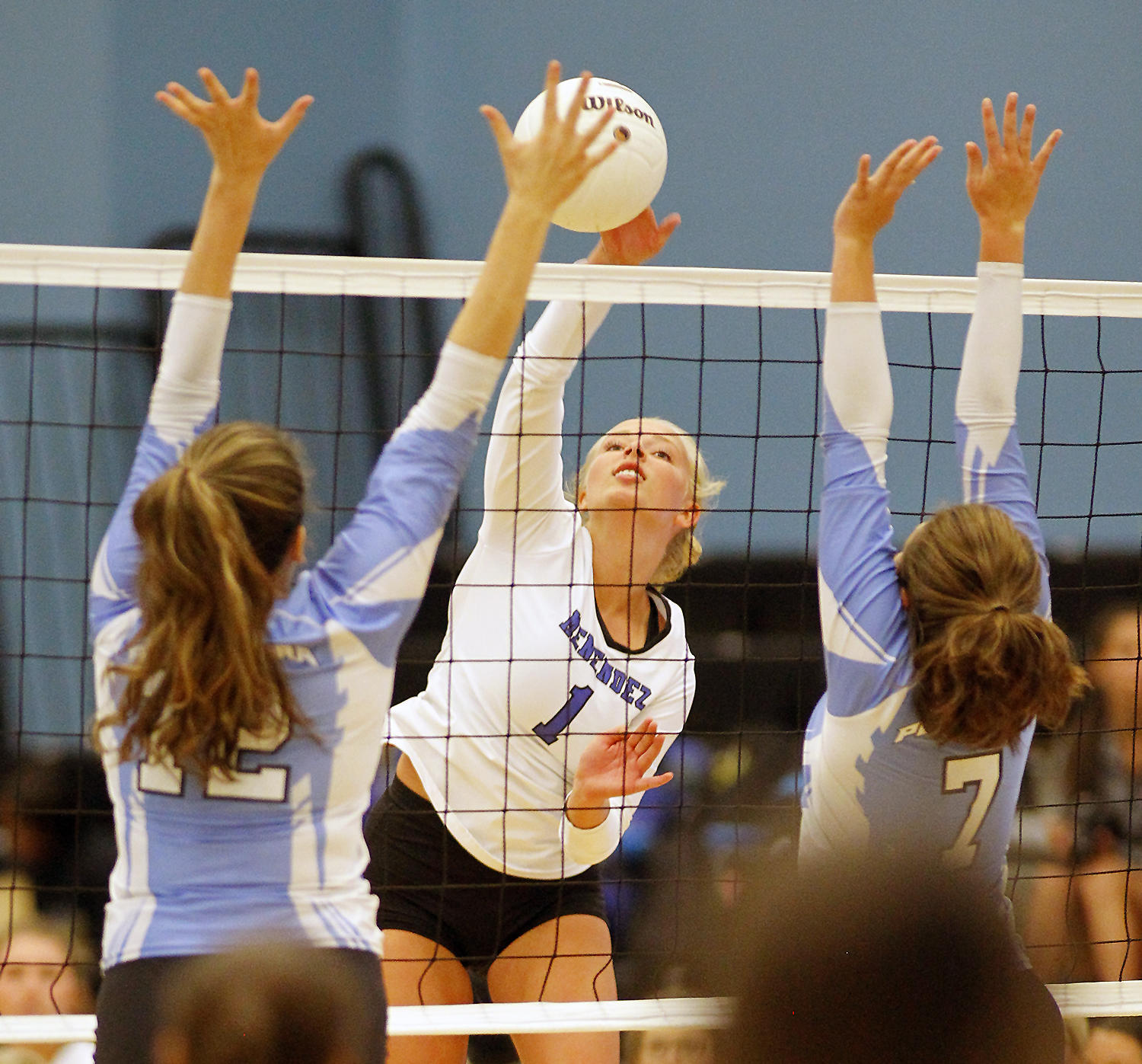 “My only question was, ‘When will I be able to play volleyball again?’” recalled Marley, who had been named to PrepVolleyball.com “Fab Frosh” list.

“And the ER doctor said, ‘Six months to a year.’ That’s when I broke down crying.”

Banton said she felt better after talking over the surgery with Dr. Sheth and pediatric neurosurgeon Phillip Aldana, MD, co-medical directors of the Stys Neuroscience Institute at Wolfson Children’s. “At first I was nervous, but when they explained the procedure to me, I knew I was in good hands,” she added.

“The type of tumor she had is one of the more common ones we see in children,” said Dr. Aldana. “When completely removed, there is no further treatment necessary. She is essentially cured.”

The first thing Marley did when she woke up after the surgery was grab her cell phone and start texting. “They told us the recovery process was going to be quite intense, but she was out of the hospital in less than 72 hours,” her mother said.

Four months later, Dr. Aldana cleared Marley, an outside hitter who has verbally committed to play volleyball at Middle Tennessee State University in 2019, to compete again. “She makes me jealous because she was good the minute she walked back on the court,” added Marley’s younger sister, Ashlyn, who also plays volleyball for Menendez High.

As for Marley, she doesn’t shy away from talking about her brain tumor scare.

“If someone needs me to talk them through something like that, I’m open and willing to do it,” she said. “The fact that I recovered so fast proves God provides miracles.”