Bob DeBoer, and his wife, Barbara, moved to Florida six years ago to be closer to their grandchildren.

It definitely wasn’t to be closer to the sun.

“I’ve had problems with my skin for years so I don’t go sunbathing,” said DeBoer, a retired dentist from Milwaukee who now lives in Vilano Beach. “I can’t tell you how many benign skin lesions I’ve had removed. I have to see a dermatologist twice a year.”

Skin cancer runs in DeBoer’s family. Several of his close relatives, including two brothers, have had melanoma, the most dangerous form of skin cancer.

So when he noticed a suspicious spot on his elbow in August 2017, he immediately told his doctor about it.

“He took a biopsy and put a rush on the results,” DeBoer, 68, recalled. “Three days later, he called back and told me I had melanoma and I needed to see a surgeon and an oncologist right away. He advised me to call Baptist MD Anderson Cancer Center and make an appointment.”

“He had a relatively serious malignant melanoma, but fortunately the lymph nodes were negative for cancer,” said Dr. Pezzi, who specializes in breast, endocrine and melanoma surgery. “Bob didn’t need any more treatment but needs to be watched closely for risk of recurrence.”

It just so happened that on the same day DeBoer was discussing his biopsy results with Dr. Pezzi, Barbara DeBoer, 67, was in St. Augustine finding out the results of a biopsy for breast cancer.

“As I was sitting there, I got a text from Barb that said, ‘Not good news,’” DeBoer recalled. “Dr. Pezzi said, ‘Is there a problem?’ And I said, ‘Yes. My wife just got diagnosed with breast cancer.’ And he said, ‘I want to see her in my office tomorrow.’”

The DeBoers were planning to take a trip to Vietnam that week, but Barbara’s cancer treatment couldn’t wait. Besides being diagnosed with an aggressive form of breast cancer known as HER 2 positive, Barbara was simultaneously diagnosed with a form of non-Hodgkin’s lymphoma that affects white blood cells.

“As the saying goes, ‘It takes a village’ to properly treat someone with such a serious complex breast cancer, or in Barbara’s case, two different cancers at the same time,” said Dr. Pezzi. “This required a team approach and a full year of targeted chemotherapy treatments in our BMDA Infusion Center, followed by radiation and reconstructive breast surgery. She is doing well, with no evidence of breast cancer at this time.” 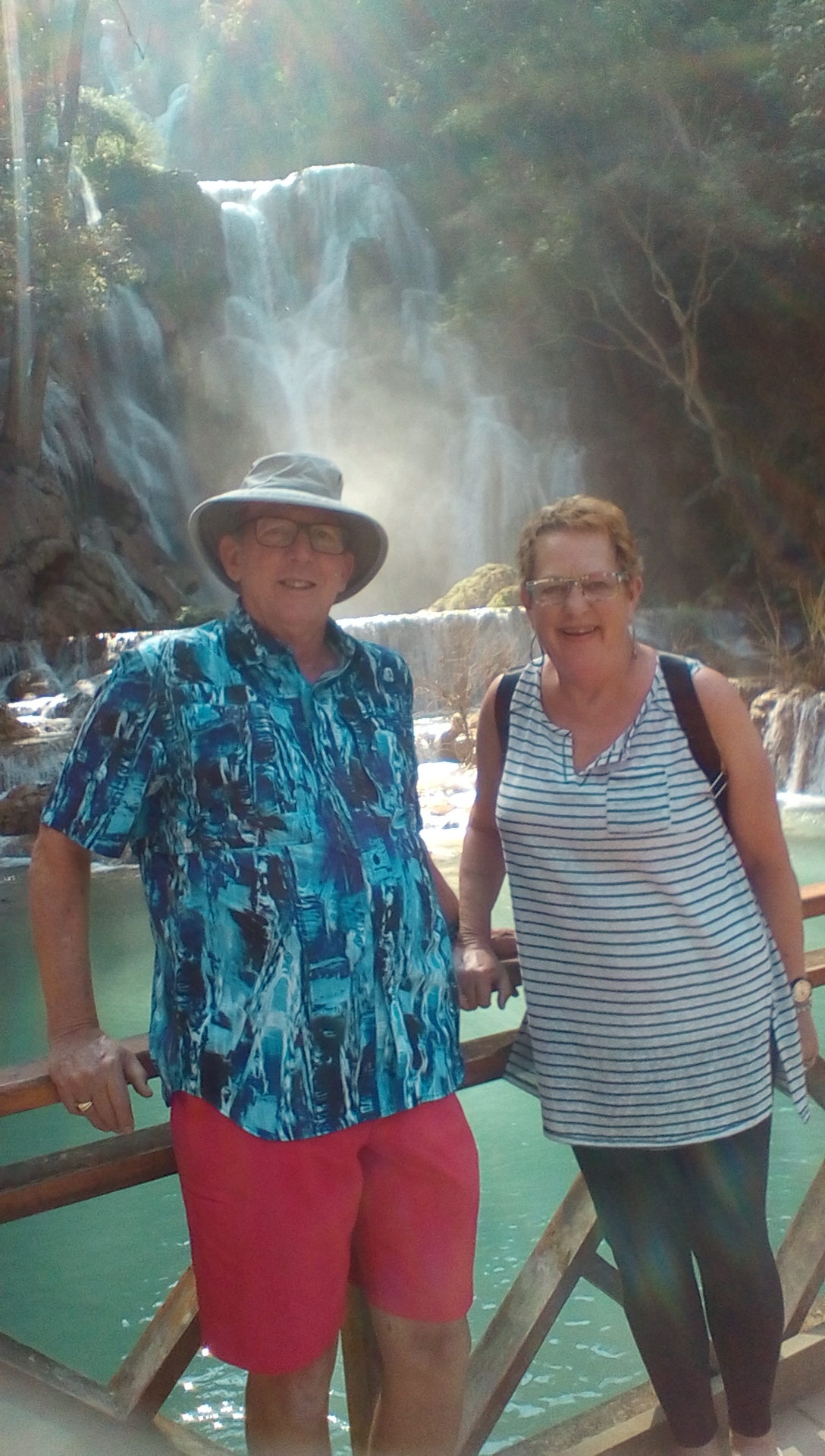 In January, the DeBoers flew to Southeast Asia for a long-awaited vacation. This summer, they are planning a family reunion in the Dominican Republic to celebrate their 49th wedding anniversary.

High school sweethearts in their home state of Montana, the couple deliver Meals on Wheels to homebound elders every Thursday in St. Augustine. Bob also volunteers one day a week at the Penney Retirement Community in Green Cove Springs, where he builds hand-cranked mobility carts for a faith-based nonprofit.

“The cancer experiences we’ve had are a testimony to our faith in God and a testimony to the treatments we received at Baptist MD Anderson Cancer Center,” said Bob. “It’s not just Dr. Pezzi, it’s the whole team at the cancer center.”

Added Dr. Pezzi: “We treat people like Bob and Barbara every day and it’s great to see them traveling again. Cancer was a big bump in their road, but they have the potential to live long and normal lives for many years to come.”

For more information or to schedule an appointment with a cancer specialist, call 1.844.MDA.BAPTIST (1.844.632.2278). Online appointment requests are available for new patients.