Nurse on coffee break comes to aid of stroke victim.

After undergoing an ultrasound on his left leg at Baptist Medical Center South, John Verderane and his wife, Darlene, popped into the hospital’s coffee shop to plan next steps.

The ultrasound had revealed that Verderane, 77, had deep vein thrombosis (DVT), a serious condition that occurs when a blood clot typically forms in a vein in the thigh or lower leg.

As he waited in his wheelchair inside the coffee shop, Darlene went outside to call Amanda Bagby, MD, their Baptist Primary Care physician, for advice.

When she returned to the busy Starbucks, Darlene noticed her husband was sipping his coffee but not swallowing it.

“I knew something wasn’t right. He had trouble speaking and he had a faraway look in his eyes,” she recalled. “There were nurses all around us, so I shouted, ‘Someone please help me. I think my husband is having a stroke.’”

Nicci Olsen, RN, a Baptist South emergency room nurse who was waiting in line for coffee, immediately took charge of the situation. She helped Darlene wheel her husband to the emergency room to be triaged.

Once they arrived, emergency physician Zachary Wilkerson, DO, of Emergency Resources Group, activated what’s known as a Code Stroke alert, which quickly mobilizes members of the ER team so that treatment of an acute stroke patient can begin as soon as possible.

After a CT scan of Verderane’s head and neck was performed, Caitlin D’Souza, MD, a vascular neurologist with Baptist Neurology, gave the order to begin administering the FDA-approved intervenous drug Alteplase (tPA), a blood-clot-busting agent that improves neurologic recovery and reduces the incidence of disability.

“The neurologist said John needed surgery right away and they were going to LifeFlight him to Baptist Medical Center Jacksonville. When the helicopter came to take John away, I was so afraid I wouldn’t see him again.”

Nima Aghaebrahim, MD, an interventional neurologist with Baptist Lyerly Neurosurgery, was on duty at the Stroke & Cerebrovascular Center at Baptist Jacksonville when Darlene’s husband was transferred there. 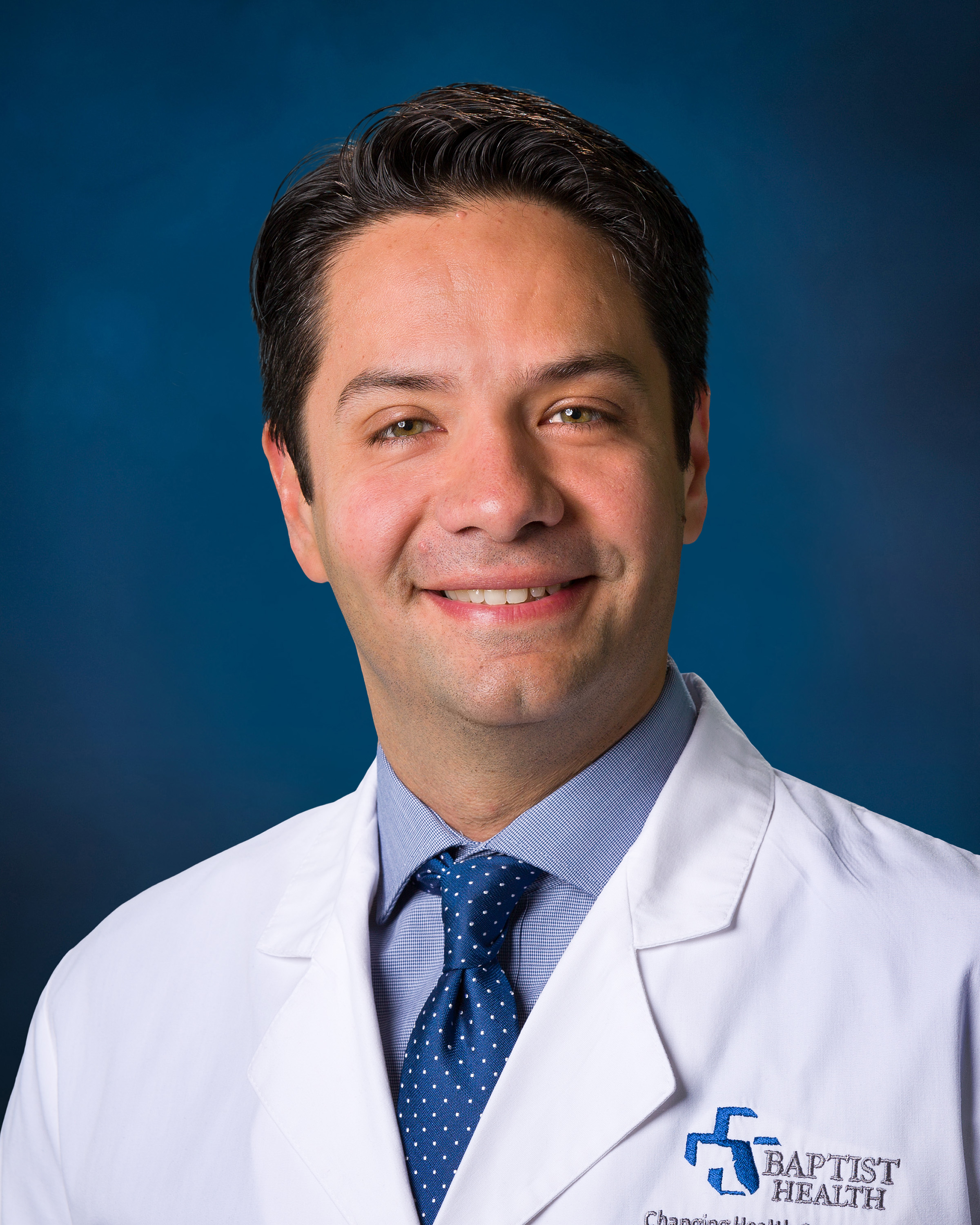 Seven minutes after Verderane arrived, Dr. Aghaebrahim performed an endovascular procedure known as a mechanical thrombectomy to remove the blood clot and restore blood back to the brain.

When Verderane was airlifted from Baptist South, his initial stroke score or level of impairment was extremely high. After the minimally invasive surgical procedure, it was next to normal and his stroke symptoms were reversed.

Verderane spent four days in the hospital and was discharged home with minimal speech difficulty.

“Stroke is the No. 1 cause of disability and endovascular treatments like thrombectomy are very effective when performed appropriately,” said Dr. Aghaebrahim, who goes by Dr. Nima and serves as the primary stroke director at the Stroke & Cerebrovascular Center. “These surgical treatments are very time dependent, so recognition and triage to a facility where appropriate treatment can be initiated fast is extremely important.”

When Darlene first saw her husband in the Neurointensive Care Unit at Baptist Jacksonville, she couldn’t believe her eyes. Not only was he conscious, he was sitting up in a hospital bed and talking.

“He looked so much better than the last time I saw him,” said Darlene. “I was expecting to see some kind of bandage on his head. He looked like John again.”

A retired lab technician with Anheuser-Busch, Verderane was diagnosed with pancreatic cancer last November after complaining of abdominal pain. He had just started chemotherapy treatments at Baptist MD Anderson Cancer Center when he suffered the DVT and stroke in mid-January.

“He was diagnosed the day after Thanksgiving,” said Darlene. “It was a real shock. Other than hip replacement surgery, John didn’t have any other health issues before last year. He’s a very active man. He does all the maintenance around our house and all the yard work.” 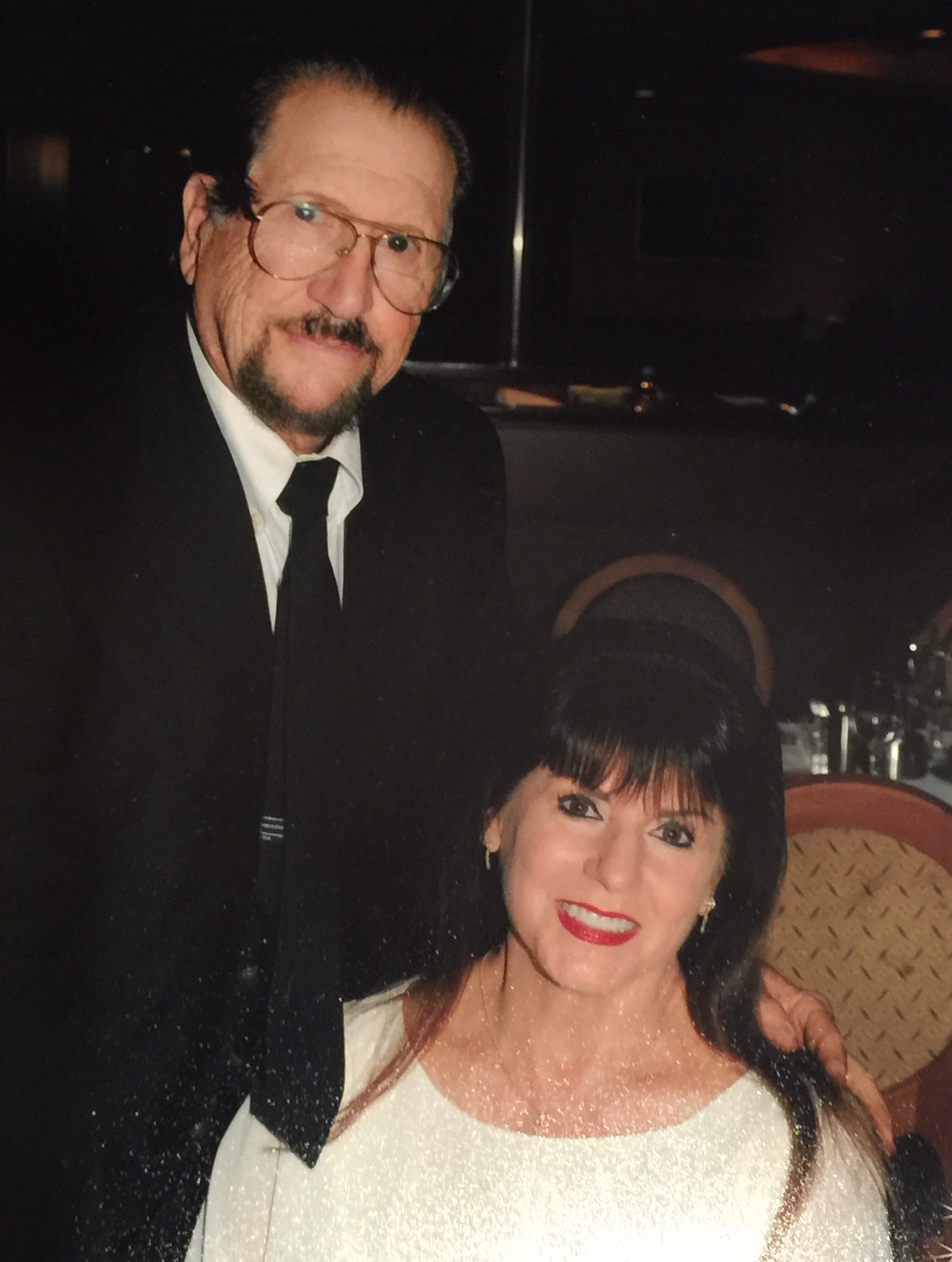 Because everything happened so fast at Baptist South, Darlene said she never got a chance to thank Olsen, the ER nurse who reacted so quickly to her husband’s medical emergency.

“As far as I’m concerned, she’s an angel on Earth,” said Darlene.

“I can’t tell you how grateful we are and what a phenomenal job Dr. Nima did. To know that John was getting the very best care he could possibly get was a tremendous relief. I know that if we had been anyplace else, our outcome would have been drastically different.”