Last November, Terri Burch experienced the worst headache of her life, followed by nausea, vomiting and a sensation of seeing bright lights.

“I’ve never had anything like it. I was literally covered in sweat. I thought I was going to pass out,” said Burch, a 55-year-old Atlantic Beach resident who occasionally has migraines, but nothing earth shattering.

“I put one hand against a wall thinking it was the floor. That’s how disoriented I was.”

Two days later, Burch went to see her primary care physician, who recommended a brain MRI. The scan revealed an unruptured aneurysm, a balloon-like bulge in one of her brain arteries, measuring 7.7 millimeters, or about the size of a large pencil eraser.

The aneurysm was located in the anterior communicating artery (Acom), a blood vessel that connects two cerebral arteries at the front of the brain. Acom aneurysms are among the most common and tend to rupture when they are relatively small.

Before the aneurysm was discovered, Burch had made plans for a spring vacation in Europe with her family.

“I don’t think I could have waited that long to be treated,” she said. “It’s like rolling the dice.”

Odds in her favor

After weighing her treatment options, Burch made an appointment with Ricardo Hanel, MD, PhD, co-director of the Stroke & Cerebrovascular Center at Baptist Jacksonville. 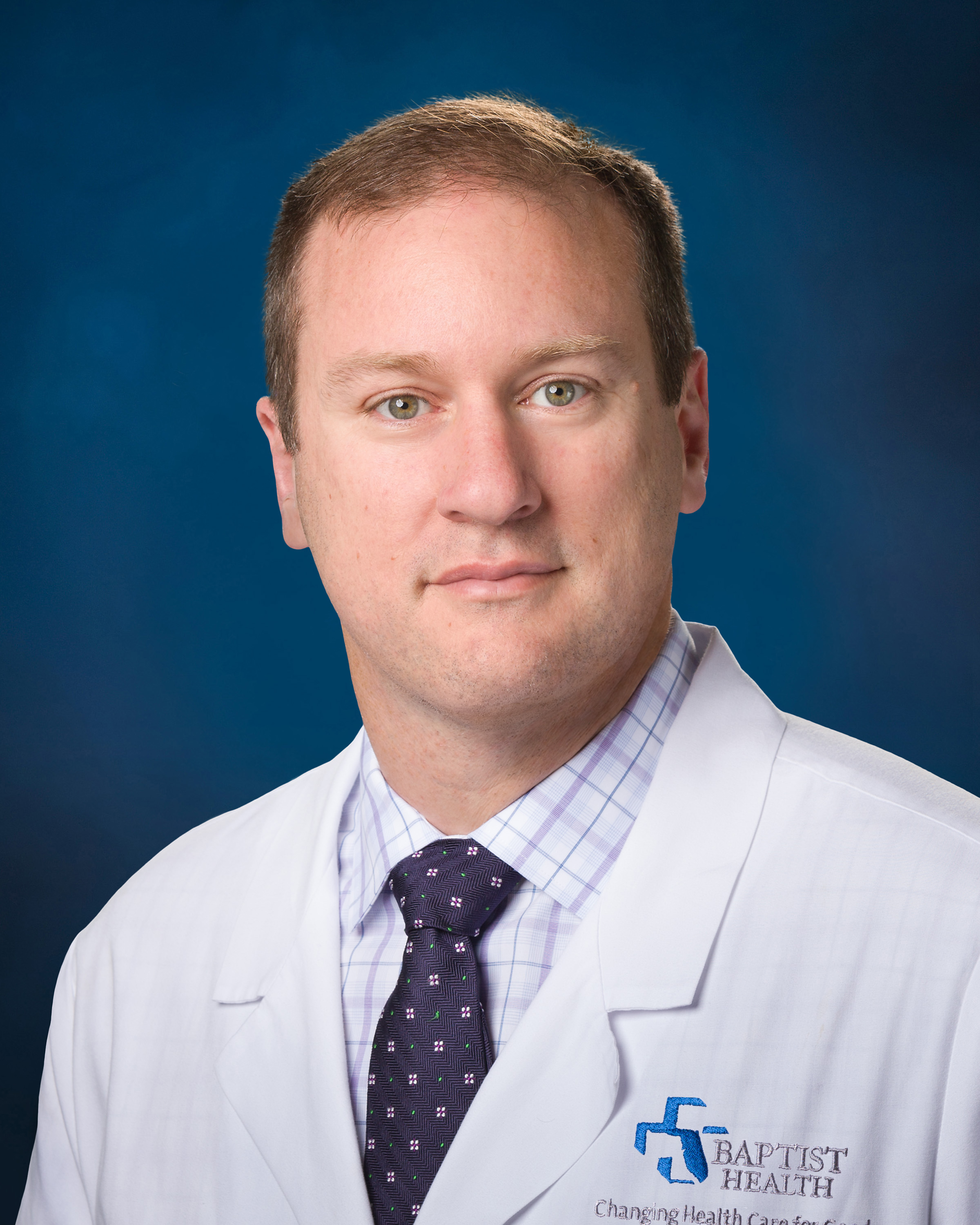 “She had an irregular aneurysm in a location known for a high risk of bleeding,” said Dr. Hanel, who specializes in ground-breaking endovascular surgery that can be performed from inside the blood vessel. “Once an aneurysm bleeds, it changes the whole treatment picture.”

According to stroke.org, once an aneurysm bleeds, the chance of death is about 40 percent and the chance of some brain damage is 66 percent, even if the aneurysm is treated. “Four out of 10 people don’t survive,” added Dr. Hanel, “and only two out of 10 return to a normal life.”

In Burch’s case, it wasn’t the size of the aneurysm that concerned Dr. Hanel the most it was the weakness of the blood vessel. Plus, a second aneurysm, known as a daughter sac, had formed on the same artery, increasing the risk of rupture.

Last December, Dr. Hanel performed a minimally invasive procedure known as stent-assisted endovascular coiling to surgically treat Burch’s aneurysms. During endovascular coiling, a catheter is passed through the groin and up into the artery containing the aneurysm. Tiny platinum coils shaped like springs are then released to induce clotting and seal off the aneurysm.

Burch was discharged from the hospital after a few days with no further neurological symptoms. Five months later, she and her husband and their two adult children toured Europe as planned.

“We went to London, Italy and Copenhagen,” she said. “I did something like 20,000 steps per day, according to my smart watch.”

A non-smoker who has never taken blood pressure medication, Burch doesn’t fall into the category of people at high risk of developing aneurysms.

“I don’t have a family history and there’s nothing in my lifestyle that makes me a candidate for it,” said the part-time diabetes educator and diet counselor who spent 25 years in clinical research.

“The only thing I take is a baby aspirin. I’m just thankful that my aneurysm was resolved. The coils are taking care of things.”